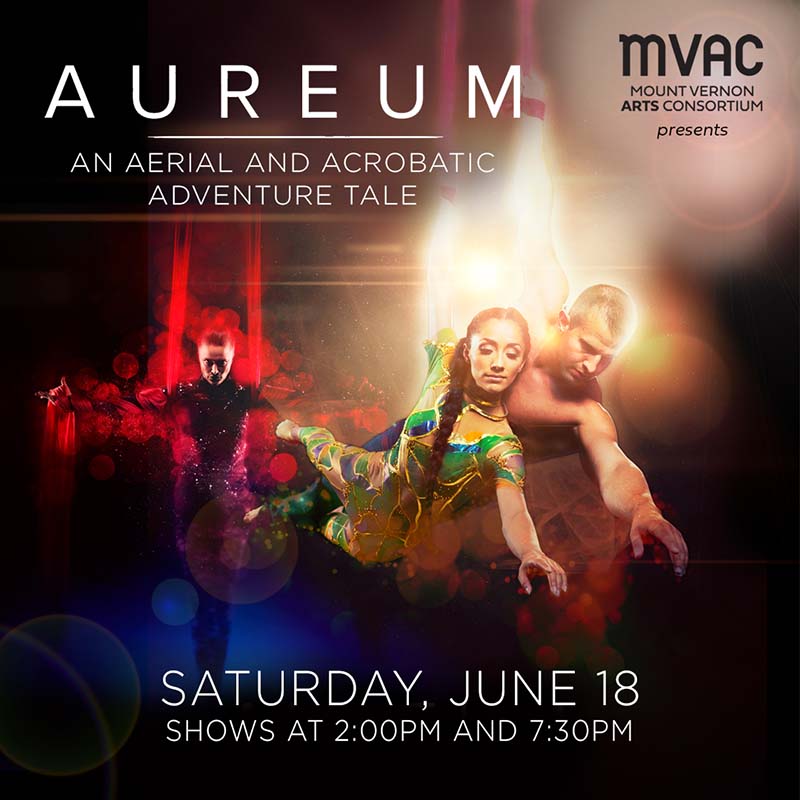 In 2017 Halcyon was established with the mission of creating a new genre in theatre known as theatrical acrobatics, which seamlessly integrates compelling storytelling and characters with world-class acrobatics and aerial. Their newest production, Aureum: An Aerial and Acrobatic Adventure Tale, combines these unique elements with an incredible soundtrack and high-flying technical elements that would only otherwise be possible in stadiums.

Aureum is a thrilling show with a fantasy narrative where a time traveler finds himself caught in an epic battle between the beautiful spirits of nature and the dark forces that seek to destroy them.

The benevolent White Queen of Aureum and her warrior guardian welcome twins into the world. Knowing that the White Queen’s bloodline is the only way to gain control of the powerful magic of the Seed, the Red Empress, seeking to gain ultimate power over the Aureum, hatches an evil plan to kidnap one of the twins, setting this tale into motion.

The Seed commands the forces of nature and imbues its carrier with immense power and strength. In the meantime, a young academic has discovered a key that magically transports him to Aureum where he stumbles into a world of wonder and the fascinating characters who staunchly defend it. Through the sorcery of the Red Empress, a gathering of dark powers threatens the tranquil world of Aureum, and its inhabitants must find a way to protect it at all costs.

Aureum is a story of finding love in the most unusual places, and how the bonds that unite us are stronger than those that divide us. Don’t miss your chance to experience this unique performance at the historic and beloved Knox Memorial Theater.